Center of Islamic Finance, established by COMSATS Institute of Information Technology Lahore, Pakistan, is proudly hosting the third Global Forum on Islamic Finance (GFIF), after successfully organizing two earlier events. GFIF provides a platform to scholars and experts from all over the world to share new ideas on Islamic finance and related fields. It also acts as a medium for all participants to quench their desire to be acquainted with the current trends and practices of Islamic finance. The theme of the conference is:
Islamic finance: A viable financial alternative.

After two consecutive GFIFs in 2013 and 2014 a Center of Islamic Finance (CIF) was established at CIIT Lahore campus. CIF is primarily meant to undertake research and development for contributing Shariah compliant financial solutions.

It further offers demand driven and customizable trainings for professionals. In addition CIF also supplements the Department of Management Sciences in degree programmes with specialization in Islamic finance.

CIF organized the 3rd GFIF on March 10 – 11, 2015 at the Pearl Continental Hotel, Lahore that was a bigger event in number of sessions and speakers. It benefited the audience through 13 parallel sessions in which 44 notable speakers contributed their work on the latest and applied issues in Islamic finance.

various walks of life participated in the event on both days. An effective media coverage projected GFIF, CIF and CIIT in the electronic and print media.

In addition to conference sessions on the first day a Policy Roundtable Meeting (PRT) was also held that was chaired by Mr. Saeed Ahmad, Deputy Governor, Islamic Banking Division, SBP. PRT targeted bridging the gap among national and international stakeholders focusing on the role of regulators, direction for future research, and required capacity building for promoting Islamic finance.

On the second day acknowledging the significance of GFIF, Molana Muhammad Khan Shirani, Chairperson Council of Islamic Ideology (CII) and Justice (Rtd.) Khalil ur Rehman also graced the event. All sessions in GFIF were extremely interactive and beneficial. On the last day the 1st meeting of the Advisor Board of CIF was also held.

Subsequent to GFIF eminent guest speakers from IRTI, ISRA and IFCUK were brought to CIIT Lahore campus for extending research relation and paving the desired faculty exchange. All these three organizations consented to shake hands with CIF for joint research and faculty exchange. MOUs will be reached shortly after the guests will reach their homelands. GFIF 2015 successfully concluded contributing consensus on its theme with recommendations for the way forward for education, Islamic banks and government as follows:

Regulators are expected to encourage Islamic banks towards effective distribution of public money among needy ascertaining sustainable social development. b. Joint Research among Economists and Shariah Experts was rendered need of the hour especially for engineering Islamic benchmarks and formulas. Reliance of Islamic banks on formulas of compound interest, Kibor and speculated future values does not negate time value of money, speculation and excessive profit than market rates. Further research in all emerging areas of Islamic finance was strongly recommended such as Islamic derivatives, capital markets, risk management, Sukuk, Riba in Sale (Bai) etc. 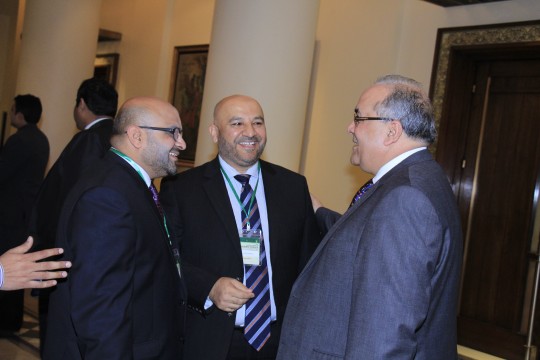 Islam certainly obliges a state following it to link fiscal management with size of its population, tangible productivity (without interest), value of all the best services, value of the best defense, maintenance of law & order and providing justice, and required aid for poor.

Government of Pakistan is thus requested to broaden the implementation of Islamic finance in all its policies, SOPs, formulas, and departments. 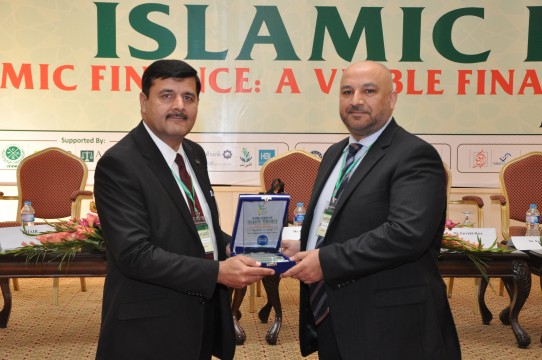