Do we believe in a system of morality imposed by a divine being, or do people have their own moral compass? Within the financial sector, the question of whether morality is imposed from on high or comes from within is a topical issue. Could the differences between these views lead to different outcomes? Consider the following.

The western and Islamic worlds have their own way of introducing norms and values in banking, finance and investments. These two cultures differ, however, in terms of the process by which this is done and the themes. Prohibitions on investing in arms manufacturing, alcohol, gambling, prostitution and child labour are not entirely dissimilar. Western supporters of sustainability can happily live with such Islamic concepts, although the prohibition on pork is a different matter. However, a prohibition on paying interest goes too far for western tastes, while Islamic thinkers are notably absent from the genuine debate on sustainability and how to ensure our planet’s survival.

Financing and investing with a moral dimension is as old as human society. Islam is not alone in prohibiting the charging of interest (usury), and Christian doctrine also considers usury to amount to a form of financial slave labour. From this point, the two religions diverge. Under Christian tradition, it is permissible to charge a fixed yet reasonable amount of compensation for money that is loaned. In the Islamic world, such compensation can only be justified where it takes the form of profit and loss sharing. The guiding principle is that the financing of activities must be based in the real world and must not involve financial trickery. This is not a bad idea. If this principle had been followed, we could have prevented the financial crisis of 2008. That said, since central bankers cut western interest rates to zero, today there is hardly any difference between the two cultures in this area.

Morality is codified in Islamic banking, with religion serving as the legitimating entity. By contrast, in the Western world morality is more organic and arises out of public outrage and concerns for the future. Sustainability is also connected with the long-term survival of humanity itself. Environmental, social and governance issues concern people as well as the planet. Social sustainability criteria are culturally dependent and are not constant over time. In some western countries cluster bombs are considered to be worse than pornography, in other countries the opposite view predominates, and there is a growing taboo against smoking in all cultures. Moreover, both personal and emotional criteria are applied. A doctors’ pension fund, for example, will not want to invest in the tobacco industry. As moral opportunists, we are also more easily outraged by injustices that happen far away than we are by transgressions in our immediate vicinity.

In 2005, the United Nations Environment Programme created the Principles of Responsible Investment (PRI), providing a framework for dealing with moral issues. The Equator Principles provide a framework for financing of a more project-related nature. In addition, Europe is currently working to secure common standards for green bonds. This has shone a light on the fundamental weakness when it comes to sustainability in the financial sector. There is a lack of standardisation, and those standards that do exist are hard to enforce. If a company fails to pay adequate attention to sustainability, the worst that can happen is that it is dropped from the Dow Jones Sustainability Index. It is up to the market to make a judgement, and the final verdict is up to the investors or the final consumers of the financial product. This is an informal process, but it is also adaptive and flexible.

In the Islamic world, the religious authorities decide whether a financing arrangement or investment complies with Sharia law. Norms under Sharia law are not always uniform, however, and this can affect financial contracts. In Asia, people are used to the existence of central Sharia boards, which are authorities on Sharia law. They offer the advantage of providing clarity within the jungle of interpretations. In many other Islamic-oriented jurisdictions, this process is delegated and the application of religious or social criteria involves the art of interpretation.

Dana Gas is an energy company based in Sharjah, United Arab Emirates, which is listed on the Abu Dhabi stock market. It claimed that the sukuk bond it issued in 2013 was no longer Sharia-compliant because it was no longer possible to generate sufficient revenues to cover the commitments related to the loan. The investors had concluded a purchase agreement for the Mudharabah bond under English law, and so a number of them, including Blackstone Group and Deutsche Bank, sought redress in England, and were successful. Although Dana Gas lost its court battle, its case did raise a thorny problem: Sharia is grounded in local Islamic legislation, and so the failure to comply with Sharia law is linked to the extent to which the investors’ claim can be considered lawful.

Sustainability criteria in the western world are much too vague, and the process for safeguarding those criteria is weak. Although sustainability does not yet go beyond the law, in Islamic banking religion is evidently above the law. Consequently, there is uncertainty concerning interpretation in addition to the usual legal uncertainty. The world of Islamic banking must not allow this uncertainty to continue. By contrast, the Western world would do well to introduce a few more obligations. 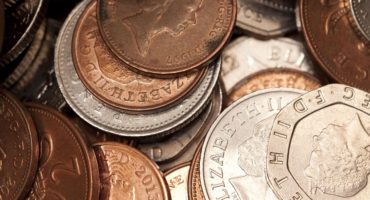