(Reuters) – Firms involved in Islamic finance are lobbying the British government for tax reforms, arguing that the treatment of some sharia-compliant structures is hindering their growth.

Britain has actively pursued Islamic finance to become the Western world’s biggest hub for it and banks are now seeking to ensure tax parity in areas such as mortgage refinancing as they compete head-on with their conventional peers. 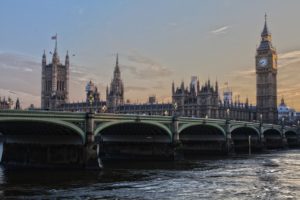 The country has previously addressed the adverse tax treatment for Islamic bonds and residential mortgages, helping Islamic banking assets reach more than $5 billion pounds in 2016, while London has attracted over 65 listings of Islamic bonds worth a combined $48 billion, lobby group TheCityUK said.

But this has created concerns over refinancing mortgages or switching them from a conventional to an Islamic bank, which can trigger capital gains taxes, said Samir Alamad, head of sharia compliance and product development at Birmingham-based Al Rayan Bank, which is owned by Qatar’s Masraf Al Rayan .

« This is the more pressing issue as it is affecting Islamic banks and their customers, » said Alamad, one of those lobbying British tax authorities. Taxes on investment property and commercial finance also need clarification, he added.

In the short term, the government could amend the Finance Act, but a longer-term solution may require a broad framework to address all types of Islamic transactions, Alamad said.

The British tax authority, Her Majesty’s Revenue and Customs, told Reuters it wanted to ensure that tax consequences of refinancing Islamic mortgages are not disadvantageous when compared to standard mortgages and that work was ongoing.

The Chartered Institute of Taxation, a British professional body, has also presented a submission to authorities which some think could open the way to change on Islamic finance.

« It may only be a matter of time before current legislation is amended to provide further express reliefs and clarity, » said Imam Qazi, partner and Islamic finance lead at law firm Foot Anstey.

Rosette Merchant Bank, a sharia-compliant firm, plans to diversify its client base beyond the Gulf to tap southeast Asian markets such as Malaysia, said chief executive Sam Broadhead.

The firm closed around 200 million pounds of investment deals in the past 12 months, he said.

« We are looking to expand outside our core real estate offering into other innovative sharia-compliant investment areas, for example a fintech supply chain finance solution and several capital markets projects. »

Abu Dhabi Islamic Bank is working on a new home finance product, while Bank of London and The Middle East is expanding its wealth management business.

There are concerns that future changes could also have an impact on the sector.

The government’s 2017 budget has proposed changes starting from 2019 to the tax status of non-resident investors and the way they are taxed on real estate disposals.