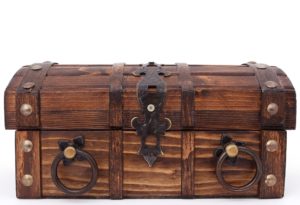 The Islamic Financial Services Board (IFSB) has gathered and disseminated data on three new countries from 2016 to 2017, now totaling 95 per cent of Islamic financial data. As a result of these findings, the IFSB has found that the Islamic banking industry grew by 8.6 per cent from $1,532 billion in Q4 of 2016 to $1,662 billion in Q3 of 2017. This data was calculated from country-wise aggregated data converted into USD terms using end-period exchange rates over nine months).

The data also showed that financing by Islamic banks from the jurisdictions participating in the PSIFIs project which grew by 8.7 per cent reached $1,018 billion in Q3 2017 from $936 billion in Q4 2016.

The Secretary-General of the IFSB, Dr. Bello Lawal Danbatta stated, “With the dissemination of Islamic banking data to the three new countries, the PSIFIs database achieves another milestone in covering more than 95 per cent of global Islamic banking data and now provides wider scope to the data users for assessing the trends and stability of Islamic banking activities at both jurisdiction and global level”. Dr. Bello also mentioned, “After the launch of Phase IV of this project in early 2017, the IFSB has undertaken several efforts to expand the database coverage to Takaful and Islamic capital market sectors, including conducting an industry wide survey”. “A new Task Force is being formed with the representatives of regulatory and supervisory authorities for the Islamic capital market and Takaful sectors in order to implement the next steps which include, finalisation of the list of indicators and compilation methodologies, designing data templates and the start of an actual collection of data and metadata”, he further added.

After the completion of Islamic banking database with the representation of most significant markets in Islamic banking sector, the PSIFIs banking database is now extending its templates for detailed sector-level financial statements for each participating countries. The IFSB Secretariat is also finalising a broad set of indicators for Islamic capital market and Takaful sectors by studying their relevance, significance, and availability of data in member jurisdictions, while enhancing the existing Compilation Guide to provide detailed guidance on the compilation methodologies and metadata collection of the finalised set of indicators, it said in a statement,.