Morocco is finally firming up plans to issue its first sukuk. 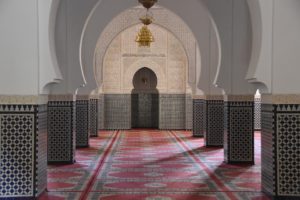 More than a year after granting licenses to five local banks to set up Islamic finance affiliates in partnerships with majors such as Qatar International Islamic Bank and Dallah al-Baraka, the North African nation says it is now closing in on plans to breathe life into this niche after a lengthy legislative process.

The finance ministry is slating four dirham-denominated, sovereign sukuk issues for 2018, according to Hicham Talby, who heads sector finance and financial inclusion at the finance ministry’s treasury and external finances department. He said the financial instruments they will start with include an Ijara, then a Wakala, a Musharaka and a Murabaha.

« There is anticipation in the market, » Talby said in an interview in Rabat over the weekend. “The government is conscious that we must develop and complete as soon as possible the operational, legal and regulatory aspects of Islamic finance.”
Global sukuk sales reached an all-time high $55.7 billion in 2017, eclipsing the previous record of $51.6 billion in 2012, according to data compiled by Bloomberg. Islamic bonds use a variety of structures to link returns to assets to comply with the religion’s ban on interest. The securities were pioneered in Malaysia in the 1980s.

While it’s taking some time for Morocco’s first sovereign debt to be issued, Talby expects the process will be much faster for the next three planned sukuks, which the finance ministry expects to roll out few months after that. He declined to comment on the exact timing of the first issuance.

The finance ministry is also setting up a sovereign sukuk fund, as it expects dirham-denominated issuances to become more routine in the medium term.

« The idea is not to make a one shot issue,” Talby said. “Rather, we are in a logic of developing the market.”

— With assistance by Y-Sing Liau